Barcelona’s French Striker Antoinne Griemann was a subject of huge criticism for his abysmal performance in his club’s toothless 2-0 loss away to long time arch rivals Real Madrid at the Santiago Bernabeu and not even their super star captain Lionel Messi Could save them.

Griezemann was ineffective from the start to the point at which he was substituted in the 81st minute for ace teenager Ansu Fati.

Fans were not satisfied by Barcelona’s unusual display all through the match in which they struggled to match the physicality and tactical prowess of their fiercest rival.

Griezemann was the player who infuriated most fans more as he was just seen as a mere shadow of his former self whom they feel he is a waste for the £120m paid for his services. And now all that can make every Barcelona fans happy now is to see Him leave for good because they feel he does not fit in well into the system.

Below are some reactions to the ineffective performance of the French man: 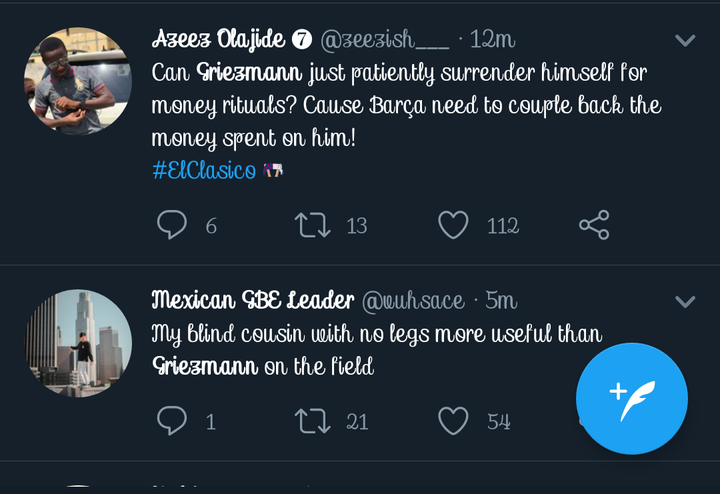