It will interest you to know that it is not only Nigerians that speak Igbo, Yoruba and even Hausa… the speakers of these languages are not even related to any Nigerians in other countries.

Today, over 40 million people speaks this language and it has managed to spread oversees years ago as enslaved Igbo people were traded throughout various slave colonies. These colonies were in the United States, Cuba, The Dominican Republic, Jamaica, Belize, Barbados, and the Bahamas. 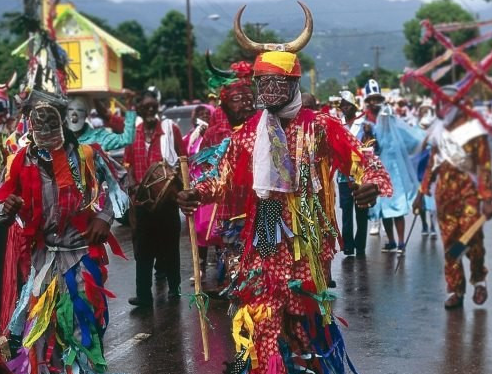 I’m going to show you countries that speak Igbo as their main language.

2. Caribbean Island: Caribbean indigenes speak Igbo and Yoruba languages fluently, even though they are not related to any Nigerians. A foremost entertainer and music maestro, Tar Ukoh, says many people in the area speak Igbo and Yoruba of the 13th century. Till now he says, the Yorubas still play and enjoy their traditional Yoruba songs, while the Igbos feature their nmanwu, agaba and ekpe masquerades.

From those masquerades, they fashioned out a brand of music they call Wawanco. Their ancestors too were the exponents of the popular Calypso music which is an adulteration of Ka anyi soo nmanwu (let’s join the masquerade troupe).

3. Cameroon: Cameroon also speaks Igbo and it is recorded that about 110,000 people of Cameroon speaks Igbo as their main language according to Evangeliser’s statistics.

4. Jamaicans: In Jamaica the Igbo were often referred to as Eboe or Ibo… Igbo people were taken in relatively high numbers to Jamaica as slaves, so it’s no surprise that there’s some Igbo language in the Jamaican Patois language.

Jonkonnu is a masquerade festival held in Jamaica which is attributed to the Njoku Ji or “yam-spirit cult”, Okonko and Ekpe of the Igbo.

Other Igbo speaking countries are: The Dominican Republic, Cuba, Belize, Barbados, and the Bahamas.

Igbo people are great people and should be celebrated always.