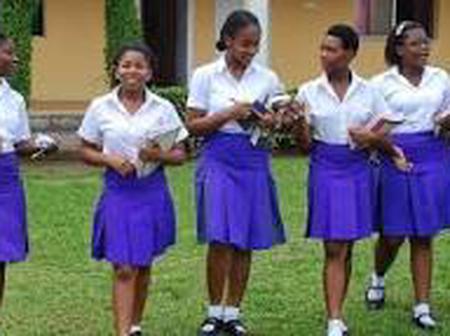 It so pathetic while recieveing the tragic incedent that happens in Ijebu Ode last week friday. It was confirmed that the students attends Odo-Obara high school located on Obafemi Awolowo way along Oke-Oyinbo police station road, we gathered the 3 student board a cab going to Ijebu Ode from Epe on Friday afternoon after the school closed for the day, but after successfully carrying out their nefarious agenda. As they were coming back to Epe, they mistakenly board the same cab which transported them from Epe to ijebu ode. The driver was quizzing them that they were 3 this afternoon when they left Epe and keep asking where is the third person they both reply the driver that she&apos;s still enjoying herself in Ijebu-Ode.

The driver said before the car gets to Epe he saw the duo sharing money at the back of the car seats and was wondering how come, secondary school teenagers sharing huge amount of money, he said he started suspecting and drove them straight to Oke-Oyinbo police station for further interrogation.

On getting to the station the suspect were examined and they later confessed that they sold their friend in Ijebu Ode for the sum of #50,000, the police try to locate the transaction selling point in Ijebu-Ode but despite their remarkable efforts information gathered says the girl has already been used for ritual sacrifices