The Beautiful Nollywood actress,Daniella Okeke was born on 26 march 1987(age 32 years) and hails from Imo state of Nigeria.She is single.Daniella Okeke is s a contentious beauty all way round.She is a beautiful woman signifies that females with a bold shapes are also beautiful and can compete with slimmer ones.Daniella first starred in the film “Joke” in Lagos coungars, a role that earned her the Best Actress in a Leading Role nomination at both the 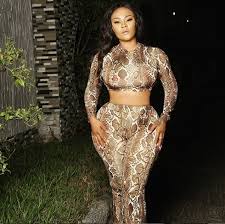 10th Africa Movie Academy Awards and 2014 Nigerian Entatainment Awards.Daniella was in the news last year for stating that she was tired of the country and wish someone with a foreign passport would take her away.Suprisingly to wrapped up the year she took to her instagram page to flaunt her wealth with of her new acquisition of a mansion at Lekki Pennisula.The flamboyant actress has always flaunt off her wealth to show her hard work and success.

Daniella Okeke wasn’t really a known face in the movie industry until the Apostle Johnson Stephanie Otobo alleged sex scandal broke out.She is a person known for flaunting wealth like houses,expensive clothings,bags,shoes to exotic cars that she hardly uses.We are happy for great achievements within a short span of time and pray she stays in the country now that the blessings of God is by her side 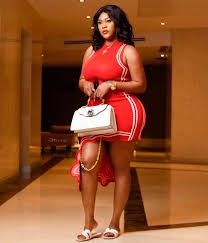