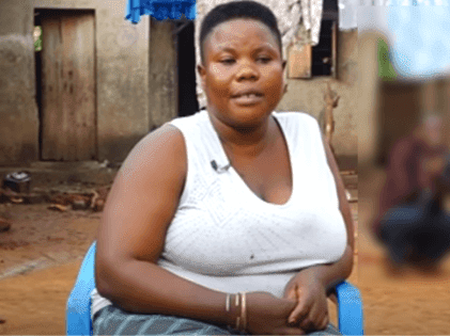 At age 36, most women already have a child or two; though many are still too busy with their careers to think about settling down and having kids. But there’s one woman in Uganda who shocked everyone because she already has 44 children at age 36! How did that even happen?

Mariam Nabatanzi was just 12 years old when she got married to a 40-year-old man. She gave birth to twins the following year. But due to a genetic condition that led her to having unusually large ovaries that produced multiple eggs per cycle, Mariam had plenty of babies per pregnancy.

She gave birth to a total of six sets of twins, four sets of triplets, and five sets of quadruplets. All in all, she had 15 pregnancies, all with multiple births that resulted to a total of 44 babies. She lost six babies in childbirth but had to take care of the rest of her 38 children. That’s really such a huge number, huh?

Doctors would ban Mariam from getting pregnant again, even though she’s still 36 years old. After all, a healthy woman like her could still get pregnant with more kids – and she might have over 100 kids if they don’t help her out!

Acknowledging that the ban is for her own good, Mariam actually felt happy that she is finally free. She admitted that she had asked doctors to help her out after the first few pregnancies, but she was told that birth control pills might actually lead to other health complications because of her genetic condition.

Right now, Mariam struggles to raise her big brood after her husband left when the doctors cut her ovaries. Perhaps the husband still wanted more kids?